011 Digital  Viral Content Marketing team can help you build a buzz around your business by developing engaging content that will inspire your customers to share it on social media.

Get a FREE Quote now
View Our Portfolio

Many of our clients who engaged us to do their viral marketing have received high return on investment. We believe you will too

Our viral content marketing packages won't tear off your budget. Because we care for you and your company.

Our viral content marketing strategies will generate more sales for your business. Ask us how and we will guide you

Although we haven't satisfied 100% of our clients. That remains the only reason our company was established many years ago. Our satisfaction rate is currently at 97%

011digital viral content market will not only increase your ROI but build your brand. We will help you create content that will tempt your potential to buy your services.

3891 CLIENTS ARE GROWING WITH US

Get a FREE Quote now

Who Viral Marketing is for?

If the answer is no. Then viral marketing is not for you.

If the answer is yes. Then viral marketing is for you.

Get a FREE Quote now

Go for the Emotional Connect

Imagine the bewilderment created by the video which shows the Torro Rosso’s F1 car being dropped by helicopter into a ski slope and then raced. The team was sponsored by energy drink Red Bull. According to Allen St John, a popular writer on sports and entertainment does not win races or get noticed on performance but it generates fun and excitement enough to get noticed otherwise. That’s what the marketers ultimately want.

Some of the other emotional stealers in viral space are ALS ice bucket challenge evoking sympathy, Panda cheese commercials that generated curiosity mixed with astonishment or the Girl Leads Man Around World video creating utter envy. The emotional drive of any viral campaign should be strong enough to succeed in grabbing attention.

Give valuable products for free

The success of Hotmail was in giving the service free. Free email services, free software, free mobile apps that will pay off in the long run. Free services attract more interest among users and will be shared extensively. Free services can use their reach to develop advertising opportunities and e-commerce opportunities. The trick is in generating interest in readers. The Hotmail started it all with the classic ‘Get your private, free email at http://www.hotmail.com’.

Find a good or noble cause

When a firm is seen as a responsible corporate citizen that adds to brand value.
ALS Ice Bucket Challenge that went viral set a new trend in charities and using online celebrities to strike it rich. It was one of the biggest viral campaigns ever. The campaign urged people to dump a bucket full of ice water on themselves, take its video and tag friend s to join in. The campaign succeeded in raising $100 mn for the ALS Association. It attracted the interest of globally-renowned people like Mark Zuckerburg, Martha Stewart, Justin Timberlake, Oprah, Bill Gates who all poured a bucket of ice water on themselves and posted videos. Challenged App is now available for companies to create similar challenges, create a video and post it.

It may not sound surprising to hear from viral marketing techniques experts that more challenge-wise viral campaigns are set to be launched thanks to the availability of apps for the purpose.

There should be a brand message in the content

What if you create a video that is engaging, interesting or funny and it gets shared? Where does your brand benefit? The classic example was the ‘ReTweet to Feed a Hungry Child’ campaign of Kellog’s UK. The Twitter message hardly contained 140 characters and despite being popular for its charitable activities, the tweet didn’t succeed in creating a wave. Those who didn’t know of its charity activities saw it as an attempt to set up a viral marketing campaign that held the hunger of children hostage. Kellog’s attempt miserably failed and they had to apologize. The company tried to push a brand message without informing the audience what the message was all about.
The tweet read: “RT to help promote the our#GiveaChildbreakfast campaign. Click the link to learn how we help those in need: URL of the website” Here the failure was attributed to the lack of a message and focusing on the vital part of it. There should be a strong brand message, the viral part will take off on its own with a bit of push.

When we analyze the success stories in viral marketing, it is evident they have a message as in Katy Perry videos. It was a simple one- buy my album. Without a strong brand message, whatever effort is taken to push the video through social media and other platforms would backfire.

Another example of a viral marketing technique failure is the Evian Roller Babies campaign which was meant to promote Evian water. The video was widely watched and having crossed 70 million views. The message was that those who consume Evian water could feel as young and energetic as those babies. Those who saw the videos couldn’t connect with the Evian brand.

Let there be real life in the videos

If videos are sort in real-life situations and the public asked to respond to a situation or question or the response of the audience shown are all perfect examples of using reality to succeed in viral marketing techniques. South Africa’s Funniest Home Videos are perfect examples of using real life settings to go viral. Successful campaigns also involve people reacting to imagined situations. TNT’ Drama Button campaign shocked people on the streets and people loved to see the reactions taking it to a viral intensity.

Align with unexpected partners to get noticed

From the foregoing discussion, it is evident that all viral marketing techniques did not succeed because they failed to adhere to some of the basic principles outlined above. But there are several campaigns worth recalling that had varied success in the market place. Social media is the popular medium through which viral campaigns spread across the globe, gets shared and discussed. Hence it makes sense to invest some time, effort and money into Facebook, Google +, Twitter, LinkedIn, and other popular social media sites.

A viral post can do wonders for your business. Research conducted by the Harvard Business Review showed that a single piece of content with high social media engagement can lead to a 5% increase in brand awareness and a whopping 22% increase in sales. But going viral isn’t always easy. That is why you need a professional like 011digital.

011digital is one of the leading providers of reliable viral content marketing services. They have nearly a decade of experience in digital marketing, so they know how to make your brand stand out in a crowded online space.

Viral content marketing is a great way to attract new customers and grow your audience. 011digital team of professional writers and digital strategists will create a viral piece of content that will generate organic traffic, leads, and sales. The viral content can be a blog post, video, infographic, webinar, meme, or any other piece of content.

What is viral marketing example?

Viral Marketing is that which is able to generate interest and the potential sale of a brand or product through messages that spread like a virus, in other words, quickly, and from person to person. The idea is for it to be the users themselves that choose to share the content.

Viral marketing is a style of promotion that relies on an audience to generate the message of a product or service. Marketing is considered “viral” when it reaches the point where it's being shared by the public at large rather than just its target audience.

What is the primary goal of viral marketing?

How effective is viral marketing?

Viral Marketing is so successful because it creates the curiosity and desire needed to generate the demand for a product or service. It is designed to generate excitement over nothing. It builds upon itself by word of mouth and it is so important today in all areas of business.

What is viral marketing? Viral marketing is any piece of marketing material that engages your target market on a large scale and is shared widely. Successful viral marketing doesn't need to be expensive, but it does need to resonate with your audience and be easily shareable. 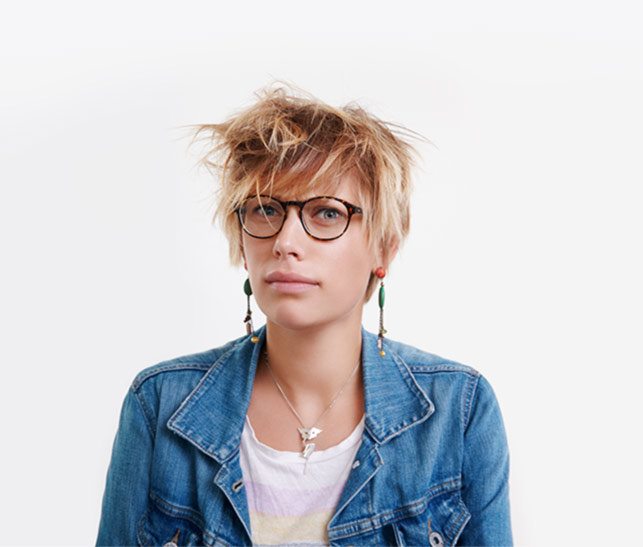 Natasha

@ecotelIsp
Read More
Believe it or not. 011 digital over marketed us. In a way that we failed to manage the traffic 011 digital was sending to our site. Out of 10 emails we managed to reply only to 1. The product was good but the company had no capacity to grow at the same rate with our marketing. And hellopeter.com was filled with bad reviews. As a result we had to close doors. I do recommend 011 digital as the best marketing company I have come across. 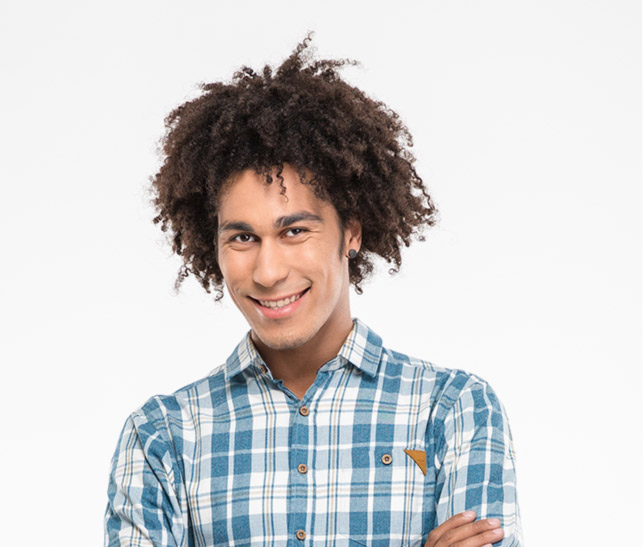 Tinus

@calendaprinting
Read More
We approached 011 digital in 2013. We were having around 15 clients who where giving us around R15 000 in profits which was not enough. As we wanted to grow our clientele basis. And profits. 011 digital managed to rank us first on our main keywords including "calendar printing". From 15 clients we went up to 67 clients including the foot brand Footgear. Our profits raised from R11 000 per month to 357 000 per month in 2 years. From October to January we are now making R3m on average in gross sales. All thanks to 011 digital. 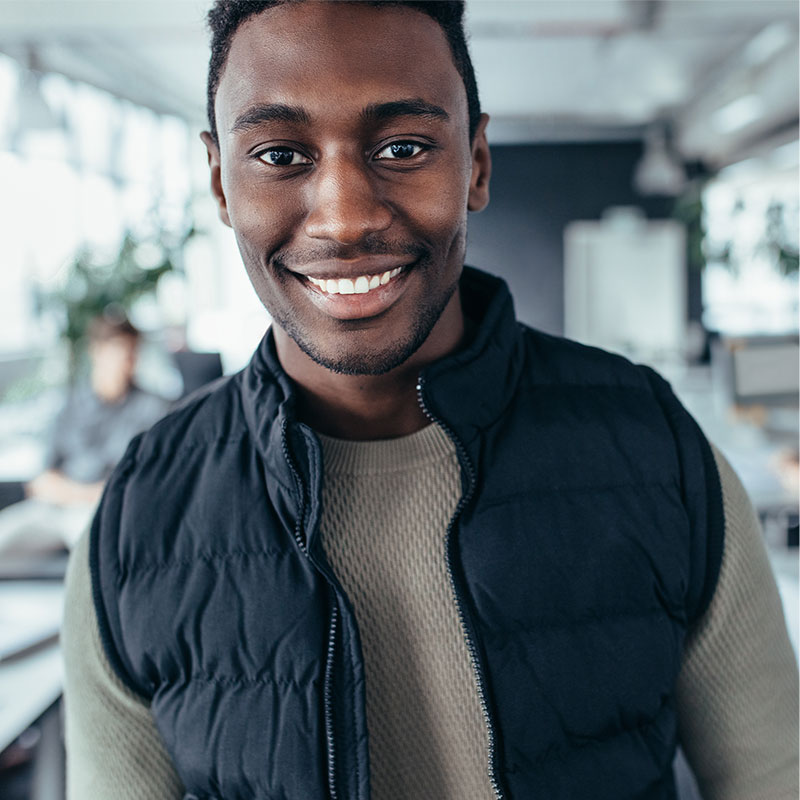 Christian Lee

@printingjet
Read More
We were ranking around around 99. And our visibility was less than 1% in the printing industry. And now we are ranking 1st on almost every keyword in printing. I will forever grateful to 011 digital. And will always recommend you guys to my friends as long as they are not in printing.
Previous
Next

Viral Marketing Offices near me